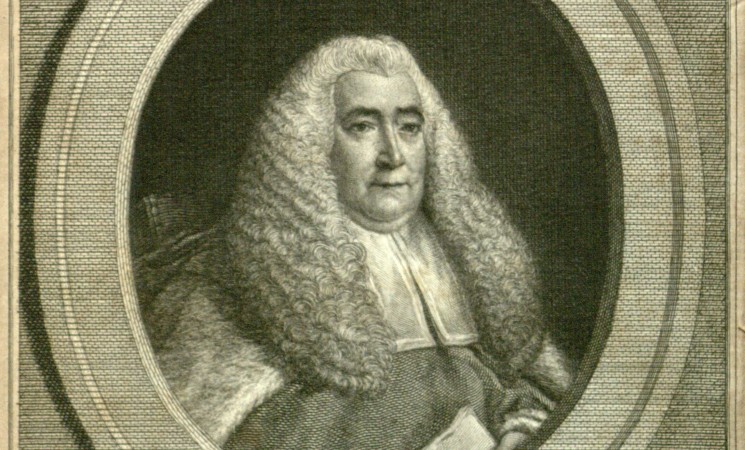 The William Blackstone Collection is the world’s most comprehensive collection of published works by or relating to Sir William Blackstone (1723-1780), whose Commentaries on the Laws of England (Oxford, 1765-1769) is the most influential work in the Anglo-American common law tradition. The original Blackstone Collection was gathered by bookseller and noted legal bibliographer Charles C. Soule for Yale law professor Macgrane Coxe. Coxe in turn donated his volumes to the Law Library in 1907 and 1913. Today the collection includes over 500 titles, comprising Blackstone materials ranging from editions of the Commentaries to his lesser works, biographies, criticism, engraved images and ephemera.