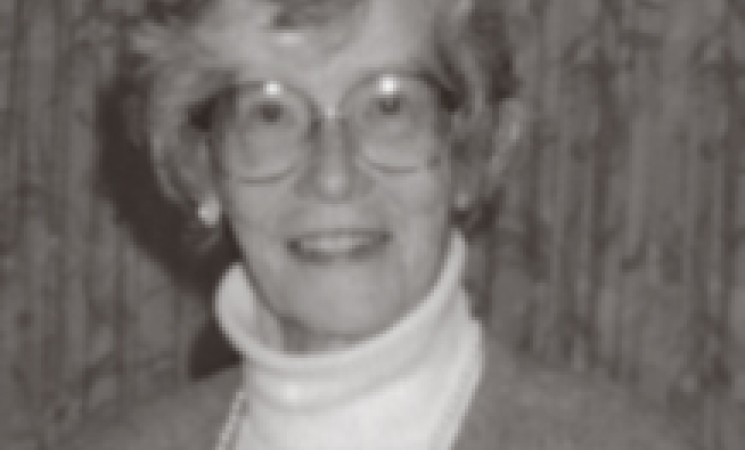 The Lillian Goldman Law Library is at the same time delighted to report the publication of Ann Jordan Laeuchli’s Bibliographical Catalog of William Blackstone (Buffalo, NY: Published for Yale Law Library by William S. Hein & Co., 2015) and deeply saddened to report the death of its author.

Ann Laeuchli passed away on September 26, a mere four days after receiving her personal copies of her magnum opus, a work that she spent two decades preparing, the last few years with the able assistance and editorship of James E. Mooney. Ann served the Yale Law Library as its Associate Law Librarian from 1984 to 1993 during the directorship of the late, great Morris L. Cohen. It was Morris who encouraged Ann to undertake the Blackstone bibliography. She dedicated the book to Morris, “my director, my mentor, my friend.”

A Bibliographical Catalog of William Blackstone supercedes and surpasses the work that until now was the standard bibliography, Catherine Spicer Eller’s The William Blackstone Collection in the Yale Law Library: A Bibliographical Catalogue (New Haven: Published for the Yale Law Library by the Yale University Press, 1938). The 266 entries in Eller included only the Blackstone collection at Yale, while Laeuchli’s 672 entries cover all editions of Blackstone’s works published in the Roman alphabet, plus biographies, criticisms, catalogs, prospectuses, exhibitions, microtexts, and electronic resources.

Laeuchli’s bibliography is a fitting tribute to Sir William Blackstone (1723-1780), whose Commentaries on the Laws of England (1st ed. 1765-1769) remains the single most influential book in the history of Anglo-American common law. As Morris Cohen wrote in his Foreword, “It is hard to imagine a legal figure whose works are more deserving of bibliographic coverage than William Blackstone.”

As the home of the world’s largest and most comprehensive collection of Blackstoniana, the Yale Law Library supported Laeuchli’s project enthusiastically and is honored to sponsor its publication.

Following Ann Laeuchli’s death, her family returned to the library a very special book that was the foundation of Ann’s project: a copy of Eller’s 1938 Blackstone bibliography, inscribed on the cover “Personal copy of Catherine S. Eller Annotated”, interleaved and filled with Eller’s notes on Blackstone editions to add. We thank the Laeuchli family, and we join with them in mourning the death of a wonderful woman and celebrating her achievements.