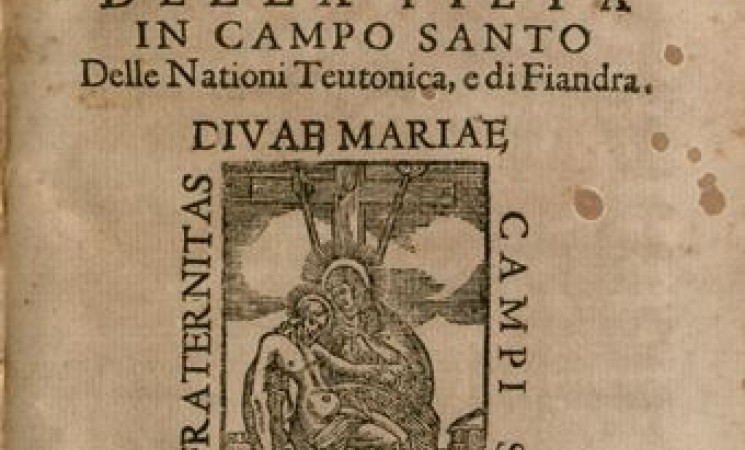 This binding, 18th-century mottled calf with gilt decoration, shows the arms of Pierluigi Cardinal Carafa.  Carafa (1677-1755) had an active ecclesiastical career after receiving doctorates in Roman and canon law.  Before his death, Carafa served as the Cardinal-Bishop of Ostia in Rome, and was active as a patron in the city.  The Ordinationi e statute comprise the statutes of a lay confraternity of German and Flemish nationals who provided burials and masses for their compatriots in Rome.  It is the first and only printed edition of the work.