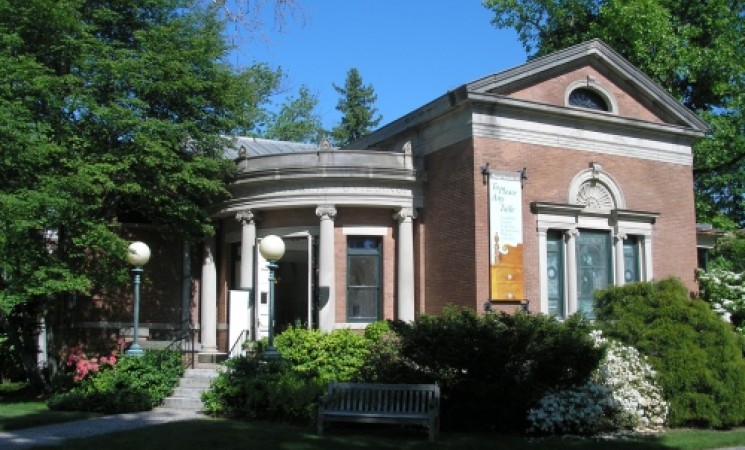 Michael von der Linn, lead curator of our current exhibit, “From Litchfield to Yale: Law Schools in Connecticut, 1782–1843,” will be speaking about the exhibit on April 19 at the Litchfield Historical Society in Litchfield, Connecticut. In his talk, von der Linn will explore how Sir William Blackstone’s seminal Commentaries on the Laws of England provided a syllabus for Judge Tapping Reeve, the founder of the Litchfield Law School. He will also compare examples from Book 1 of the Commentaries with Reeve’s own radical rewriting of that book, The Law of Baron and Femme (1816), and to show how Reeve revised Blackstone for a post-Revolutionary legal community.

The talk is part of the society’s “Lunch and Learn” series. The talk will begin at 12 noon on Friday, April 19, at the Litchfield History Museum, 7 South Street, Litchfield, CT. There is a $5 recommended donation for this program. Those wishing to attend are asked register by calling (860) 567-4501 or emailing .