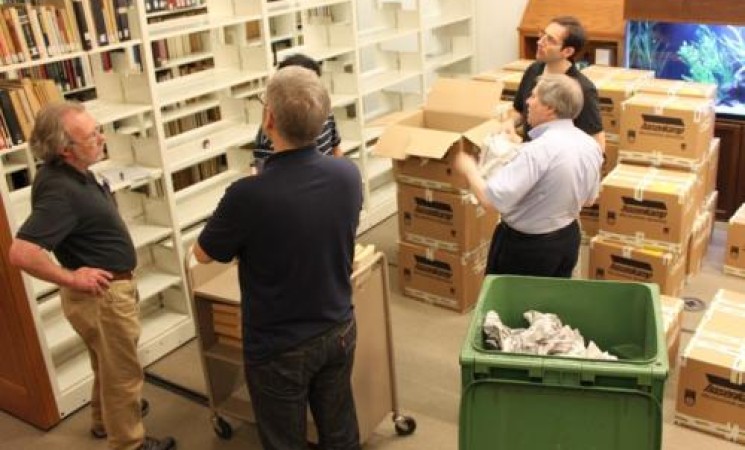 On Friday (Sept. 13), the library of the Stephan Kuttner Institute of Medieval Canon Law arrived at its new home in the Lillian Goldman Law Library. This weekend it is being installed in the Law Library’s Upper East Side, next to the fish tank.

This outstanding collection of research materials draws scholars from around the world. It contains over 2,000 monographs and 15,000 offprints from the private library of Stephan Kuttner, the Institute’s founder and one of the 20th century’s most influential scholars of medieval law, as well as microfilms of approximately 670 medieval manuscripts.

The Institute’s library will remain in the Lillian Goldman Law Library for the next 25 years, with an option to renew the arrangement. The materials will not circulate but must be used in the Law Library.

Plans are being made to add records for the Institute’s library to the Law Library’s online catalog, MORRIS. In the meantime, researchers can use the library’s existing online catalog for monographs and microfilms, and a database for the offprint collection.