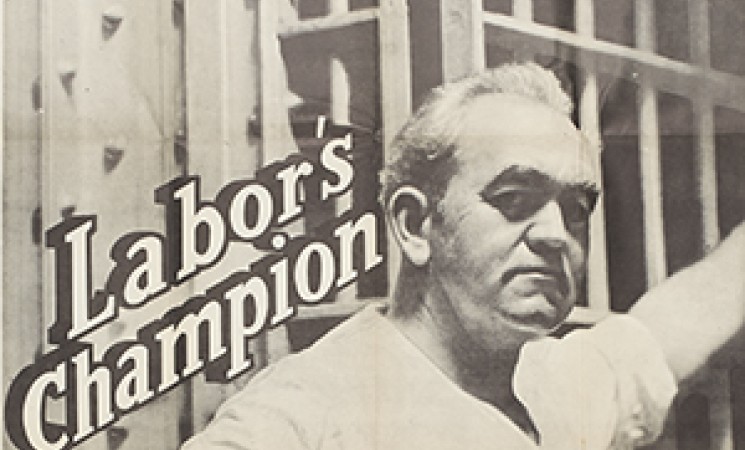 A hundred years ago, a bomb explosion was the pretext that San Francisco authorities needed to prosecute the militant left-wing labor organizer Tom Mooney on trumped-up murder charges. Mooney’s false conviction set off a 22-year campaign for his exoneration. The Yale Law Library, with a collection of over 150 items on the Mooney case, has mounted an exhibition marking the centennial of Mooney’s arrest.

The campaign to free Tom Mooney created an enormous number of print and visual materials, including legal briefs, books, pamphlets, movies, flyers, stamps, poetry, and music. It enlisted the support of such figures as James Cagney, Theodore Dreiser, Upton Sinclair, and George Bernard Shaw. It made Mooney, for a brief time, one of the world’s most famous Americans. The Law Library’s collection is a rich resource for studying the Mooney case, the American Left in the interwar years, and the emergence of modern media campaigns.

The exhibition is on display February 1 - May 27, 2016, in the Rare Book Exhibition Gallery, located on Level L2 of the Lillian Goldman Law Library, Yale Law School (127 Wall Street, New Haven, CT). Images of of many of the exhibit items can be viewed in the Law Library’s Flickr site.